Happy 4th of July! The Amherst Garden Club was well represented with our standing float, consisting of 13 big flowers, a handmade parade banner, and the AGC’s new “anniversary edition” banner. Also adorning the “float” were 8 garden club members, holding a gardening tool and waving to passers-by.

Our efforts were well rewarded with the top award of “Best Overall” and the General Moses Nichols Perpetual Challenge Memorial Trophy (otherwise known as “the milk can”)! A huge thanks to all who participated to represent the club: Kathy Brundage, Becky Stoughton, Jeanne Johnson, Maureen Minner, Julie Hoag, Nancy Head, Diane Merrithew & Joan Poltack.

The flowers, which were made by Joan and Diane, incorporated in the center a gold ball ornament that was repurposed from the Civic Gardens 50th anniversary decorations this past winter. The petals were made from craft foam that was heated, shaped, cut, and glued, with the tips brushed with gold paint to relate to the 50th Anniversary. The banner, made by Diane, points out the anniversary and our years of beautifying Amherst. Participants all wore a specially made headpiece that reads “Gardening Superstar”, since the parade theme this year was America’s Superstars. The names of civic gardens were written on paper leaves that bordered the front of our display.

We’d also like to congratulate long-time ACG member and former president Anne Krantz for being named Amherst Citizen of the Year for 2021! The rain held off and we had a lot of fun. Happy 4th of July!

A spring tradition that was sadly missed in 2020 is back this year! Our club members have dug and potted our usual high quality, locally grown perennials. You will be able to purchase these plants through the online shop at AmherstGardenClub.org starting at 8:30 AM on Wednesday, April 28. Shop early for best selection! The sale will close on May 1 at 12:00 noon.

Payment will be made online during our sale hours. Plan to pick up your order curbside on Saturday, May 8 at Wilkins School. (You will be notified of your pick-up time prior to May 8.) Our plant sale helpers will be wearing masks and will load your car with your purchases — contact-free, no need to get out of your car. We do not deliver or ship.

Please check out our Garden Tools & Relics, Houseplants, Hanging Baskets, and Mother’s Day Baskets and consider a purchase. We missed our Plant Sale in 2020 and hope you might add one of these specialty items to your cart as a way of supporting our club. Proceeds from the Plant Sale go back to the community. The money we raise pays for town beautification projects and educational programs that are free and open to the public.

Important note: Please remember that the plants you are purchasing are in the beginning stages of growth and will not look like the colorful, flowery photos you see online. But their root systems are strong, and they have been cared for over the past few weeks while growing in the pots. They will eventually turn into plants that look like the photos on the site if you plant them within a week of picking up your order and water them daily.

Looking forward to seeing you online!

The AGC Civic Garden teams have been hard at work installing a variety of gold and silver ornaments, ribbons, lights, wreaths, wind sculptures and grapevine creatures in the gardens to highlight the beginning of the club’s 50th anniversary celebration. Check out these pictures, and then be sure to see them in person as you are driving about our town!

“It’s beginning to look a lot like Christmas,” thanks to all of you who participated in the Holiday Magic event sponsored by The Amherst Garden Club, as well as the neighborhoods/streets that came together to produce very creative holiday decorations!

Below are our winners along with a tour handout that you can print for heading out to check out the lights. We have grouped the participating houses into three areas in Amherst, so take a different route each night! You won’t want to miss any of it, but please slow down and drive responsibly, as some of these areas will have more cars than usual.

This year as part of the fall cleanup of the club’s Civic Gardens, several of the teams decided to apply a top dressing of compost to improve soil fertility and improve the health of the gardens next season. In addition to adding important nutrients, the addition of the compost will improve the ability of the soil to absorb and hold water, which is increasingly important given recent droughts and the lack of irrigation at most of the gardens.

Happily, the day that was selected for delivery of the compost was sunny and warm for November, and we had a great turnout of volunteers. It was definitely an illustration of the concept that “many hands make light work.” Thank you to all of the volunteers, particularly Patty Healy Osborne and her husband Ken for letting us use their truck to transport the compost (3 yards in total) saving the club delivery costs.

Can’t wait to see the results!

Amherst Girl Scout Troop 20202, Kristen (Moulton’s employee) and several Amherst Garden Club members teamed up to erect this sensational scarecrow to greet passers-by at the roadside garden across from Moulton’s in Amherst Village. Thank you to all who participated in this great effort!

Join the Amherst Garden Club on Thursday, May 7 at 10:30 AM for this webinar.  The public is welcome and encouraged to attend.

A recorded version of the webinar will hopefully be available.

An abundance of wildlife is one of the best indicators of an ecologically well-designed landscape. By understanding how pollinators, birds, mammals, reptiles and amphibians select their habitats during each season of the year, we can design landscapes that effectively attract and support a diversity of wildlife.

Join us for this webinar and learn how to encourage wildlife diversity in your own landscape.
END_OF_DOCUMENT_TOKEN_TO_BE_REPLACED

Perhaps you forgot, with all that is going on, but today is Arbor Day (April 24).

In honor of the holiday, and fitting for the times, a garden club member wanted to share these images of trees that have persisted in spite of great challenges.

(Disclaimer: This set of photos has been making the rounds on the Internet; we can’t be certain that none were Photoshopped!) 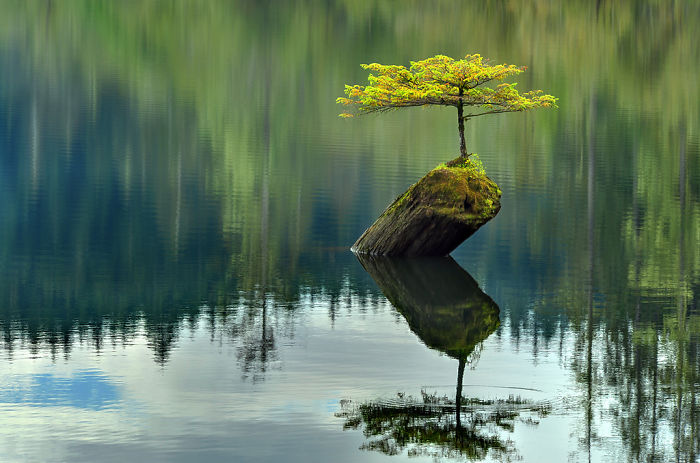 END_OF_DOCUMENT_TOKEN_TO_BE_REPLACED

An invitation from the Fells Historic Estate & Gardens in Newbury, NH. Click image for details.

This morning Donna Miller taught the Amherst Garden Club all about the monarch butterfly’s life cycle and migration in her talk, Where Have All the Monarchs Gone? As a citizen scientist for Monarch Watch, Donna helps tag and track the butterflies during their fall migration.

Donna showed us how to tag a butterfly by placing a small, harmless sticker on its wing, and then she released it behind the Messiah Lutheran Church to begin its journey south.