Once again, the Amherst Garden Club was well represented in the Amherst Fourth of July parade., with the “float” earning the “Chairman’s Choice” award.  This year’s parade theme was “New Hampshire Firsts” so the garden club float theme was “First (Spring) Flowers of New Hampshire”.  Marchers carried baskets of paper hellebores, crocus, bloodroot, hyacinth, etc. labeled with both common and latin names.   Thanks to all who participated, cheered from the street, took pictures, etc.! Thanks especially to Joan Poltack, Dawn Burke (also knows as Mother Nature), and Diane Merrithew, who coordinated the club’s participation. (Click on any picture to enlarge.  If you have other pictures to post, send them to Becky Stoughton.) 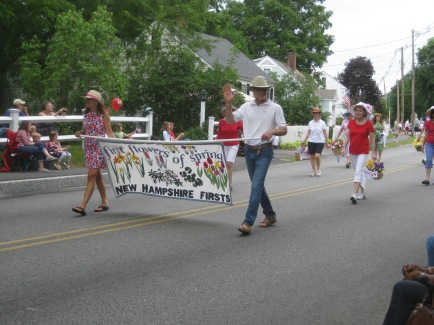 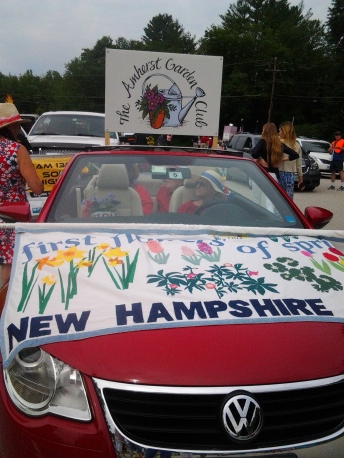 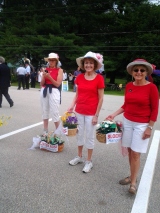 View all posts by Becky Stoughton

One thought on “2015 AGC Fourth of July Celebration”